Important Historical note 16 out of the world's historical case count of 76819 Patient Cases were in the following countries and have made 100% recoveries: Belgium(1), Cambodia(1), Egypt(1), Finland(1), India(3), Nepal(1), Philipines(3 cases 1 death), Russia(2), Spain(2), and Sri Lanka(1). These territories are removed from our list as they no longer have patients reported as infected with COVID-19. NWOB/FPMag's list shows readers where the known infected cases ( remaining 55707 ) are located. The cases for each of these territories remain as part of the historical total (76819) number of cases.

Toronto, Canada: Fri Feb 21 09:25:49 2020
Data does not reflect cases which did not present at a medical facility. Included are the persons aboard The Diamond Princess cruise ship docked at Daikoku Pier in the Japanese port of Yokohama, attributed to "Transient". Cases are being handled in Japan medical facilities until they are relocated to their home nation.

30 Known territories had an historical 76819 COVID-19 cases of which 18862 have been sent home from hospital with a clean bill of health and sadly there were 2250 deaths among all territories, of which deaths most (2236) were in China.

FPMag has learned of two cases in the DPRK (North Korea). Since this is such scanty information it is not considered to be newsworthy until the universe of COVID-19 is officially stated by Pyongyang. The world should be ready to assist.

Current information at GMT: 2020-02-21 Time: 14:25 "The Chinese are focussed on identifying only severe cases," says Professor Neil Fergusson of the Imperial College of London. The government of China confirms that there are hundreds of thousands of other possible mild cases.

The effort that is made to report the numbers of significant COVID-19 lower respiratory (pneumonia) cases around the world, and their outcome, is extremely important to researchers and nobody FPMag is talking to sees that any other way. We trust our sources are doing their level best to state the true facts.

GMT: 2020-02-20 Time: 19:53 -
In the United States according to the Centers for Disease Control there are 52 patient results awaited. That includes specimens received and awaiting testing, as well as specimens in route to CDC. By this time 412 cases had been tested as negative and the patients were discharged with good outcome. 15 Cases inclusive of some cases in each of 7 states are reported. 14 Infected persons have entered the United States from the Diamond Princess cruise ship. There may be more among over three hundreds of persons repatriated from the Diamond Princess. Some 42 US States have residents the CDC calls "persons under investigation". The USA has not adjusted its data to show the returning COVID-19 patients previously and currently stranded in Japan. The USA has issued a statement for infected Americans here. "After disembarkation from the Diamond Princess, these passengers and crew will be required to wait 14 days without having symptoms or a positive coronavirus test result before they are permitted to board flights to the United States."

GMT: 2020-02-20 Time: 19:49 -
In the Philippines there are 133 patients awaiting results from test labs. By this time 420 cases had been tested as negative and the patients were discharged with good outcome. Of three confirmed cases earlier this year, 2 have recovered and one has died. There are no reported cases of COVID-19 in the Philippines at the time of their last report.

Sources for this statistical data.

The following sources are available to readers. Additionaly FPMag and The Nurses Without Borders make direct contact and interview colleagues and sources close to the information around the world to track events and statistics. Information about China comes from the official website of the National Health and Health Commission and from direct contact with health and other officials, patients, doctors and nurses.
Contact us.
Past Articles / FPMag on Google News
Free Android News App / Telegram Channel

Feminine Perspective Magazine is published by The RINJ Foundation, a Canadian Incorporated Civil Society (CSO) Non-Government Organization (NGO) in Special Consultative Status with the Economic and Social Council of the UN since 2017. 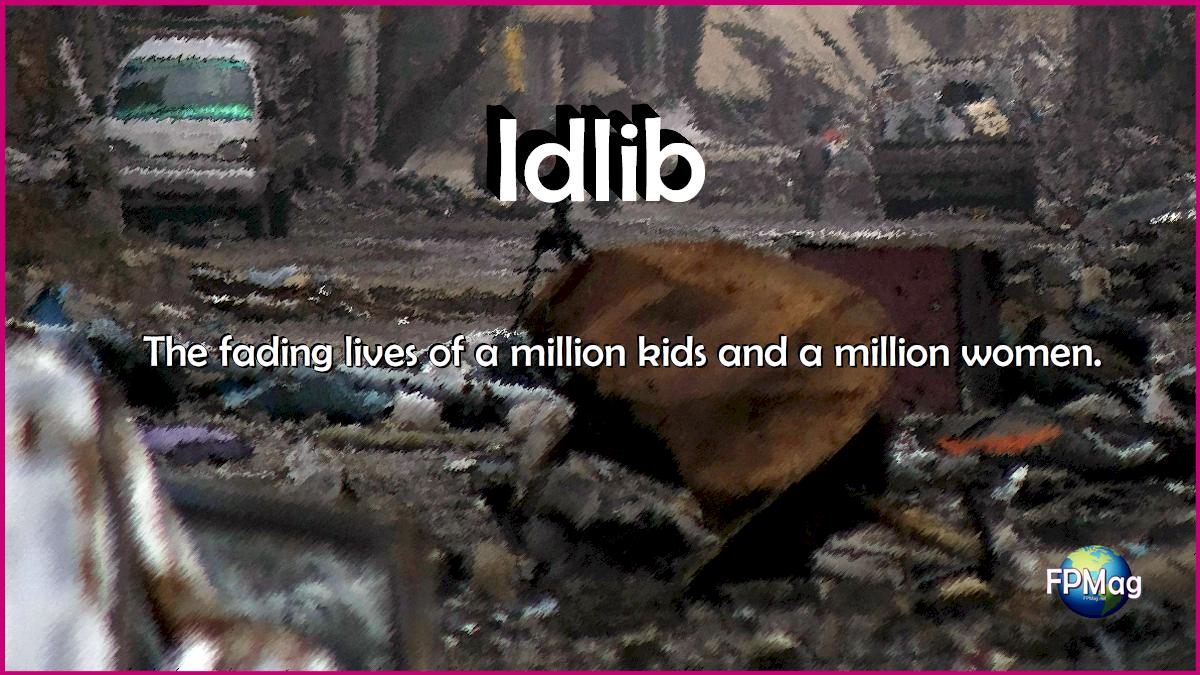 “Mr. Erdogan, take a deep breath, take Damascus, or head home, and close the door behind you,” say humanitarians. Why is Recep Erdogan so angry? He has threatened to invade Idlib with a massive surge of Turkish troops, and even … Read the full article →

The American handling of its citizens aboard the Diamond Princess was peculiar at best. At least American citizens were given the chance to say “No” which is more than what can be said for the Chinese even in their own … Read the full article →

Headline: Feminists in Syria Issue ruthless, angry warning. Stop killing us or your head could be a pink mist, like Suleimani.

Severest warning regarding the emergency in Syria. “War criminals Russia, Iran and America must get out of Syria,” FPMag is told. “Many women try to muster their children to make yet another jump from one dangerous place to another,” a … Read the full article →

Two things that are absolutely clear from the Munich Security Conference this weekend: Peace on Earth is impossible for as long as men like these are running the world. Mark Esper and Michael Pompeo do not have their jobs if … Read the full article →

Headline: Donald Trump is a pandemic too, says a Philippines taxi driver.

There are three things people are talking about this Friday as one arrives at the gate of the amazing Philippines Airlines at the Ninoy Aquino International Airport in Manila. Freedom of the Press and the Malacanang attacks on ABS-CBN. The … Read the full article →